Grey-Haired Bluegrass is my fourth album, and it brings together two talented musicans, Jim Weymiller and Billy Ray Mazza. The band, Earth, Wind & Fiber reflects my comic twist on songs and songwriting. I’ve now written about 15 original tunes, including “Just Use Your Finger”, which was a semi-finalist in the 2014 International Songwriting Competition, Nashville, TN.

A multi-talented vocalist and instrumentalist, Jim Weymiller, sings and plays mandolin, guitar and fiddle. While his first love is bluegrass, he also enjoys playing swing, jazz and old-timey music. Some of his happiest moments involve sitting around the campfire and playing duets with his grandson. Jim and his wide of 50 years, Mary, live in Fairbanks, Alaska. He is a frequent participant at bluegrass festivals in Alaska and in California, where he spends winters.

Billy Ray Mazza started playing drums when he was 11. He attended Juilliard School of Music in Manhattan, studying music theory and a variety of percussion instruments. Later, he took up the bass and has played locally, on the road and as a studio musician. He is an accomplished player in a variety of genres. In addition to playing music, Billy loves riding his Harley in the mountains of Southern California. He and his wife, Chris, reside in the Palm Springs area.

The albums are available on Amazon.com and CD Baby.com. 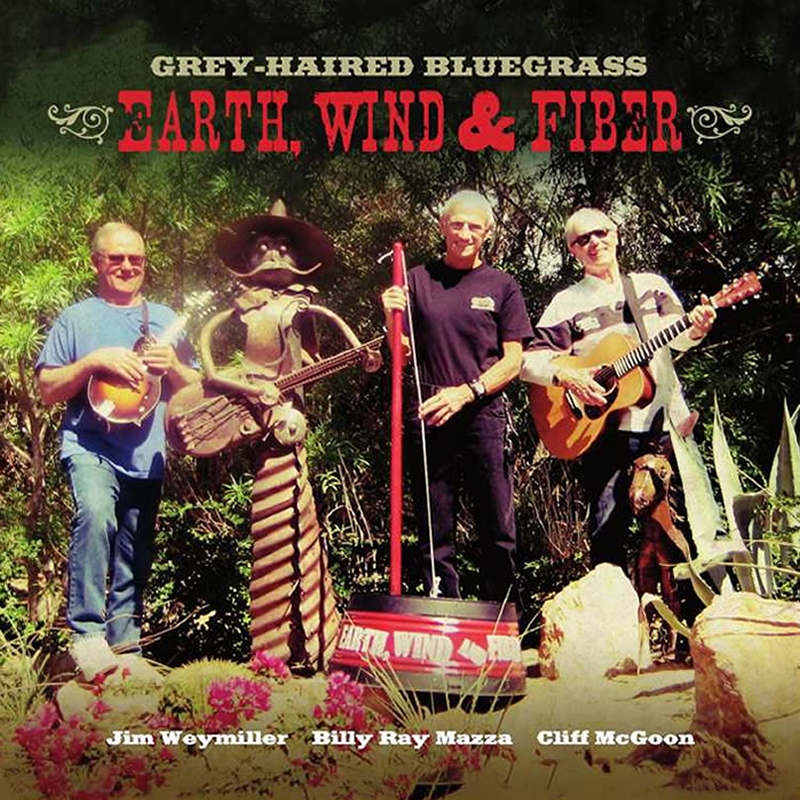